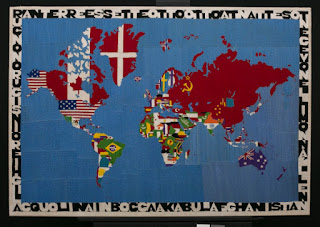 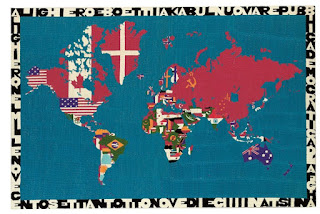 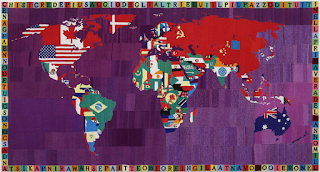 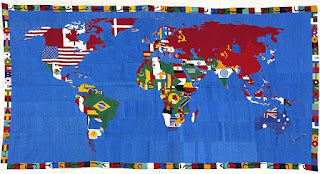 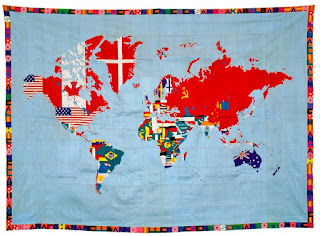 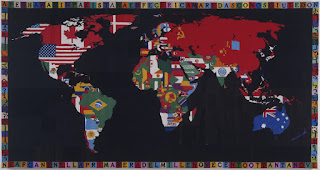 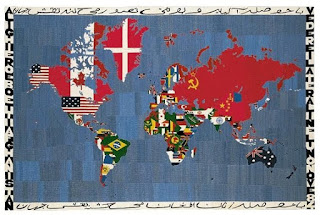 A map is supposed to provide a definitive representation of the physical and political boundaries of countries, continents, rivers, and oceans. Italian artist Alighiero e Boetti commissioned Afghani artisans to make this embroidered map in 1989. It includes several oddities and some tragic ironies, all of which underscore that nothing is permanent on our earth. Certain countries do not appear on the map because they did not yet exist (Ukraine and Belarus, for example). Some nations, such as Israel, are not represented because the Taliban regime of Afghanistan did not then recognize their existence. Some countries that are represented, such as Zaire and the USSR, have since changed political identities and no longer exist.

More info and biography via Wikipedia.

What I find most interesting about his work is how he creates his own world, in which I can draw parallels with the work of Raf Simons, especially his underground collection AW 2005, which was published off catwalk.